Back
Rajmata Krishna Kumari Girls’ Public School, Jodhpur hosted its second All India IPSC Squash Championship for Girls, Under 14, 17 & 19 categories from 28th to 31st July 2018. Indeed a small and humble step but a giant leap towards the comprehensive and integrated development of the children.

This Championship was an opportunity for 54 young players to participate and strengthen in them the values of leadership and comradeship. The champions represented 7 elite IPSC Schools of the country:


The Visionary Founder of RKK, Her Highness Rajmata Krishna Kumari Sahiba left for her heavenly abode on 3rd July 2018. Precious are her memories, profound are her achievements, perennial is her passion and divinely conferred is her persona. Her body has perished but not her soul. She lives with us, among us and in us forever. This All India IPSC Squash Championship for Girls has been dedicated to our beloved Founder and her vision to strive towards excellence.

The 5 days was a culmination of massive continuous efforts put in by the Students, Teachers, Parents & Coaches. It was a propitious moment to have majestic and awe inspiring personalities like Major General Sher Singh (Retd.) and Major General Ajay Singh Chouhan as the Chief Guests for Opening and Closing Ceremonies respectively. Blessed were the portals of RKK with the presence of Men in Uniform with exceptional achievements.

All the players were physically strong enough to hit the ball and aerobically fit enough to race around the court. Jaw-dropping performances and fierce competitive spirit was a visual treat for all. Every player was able to confront her strengths and weaknesses. The matches resembled a fast – paced dynamic dance between the two competitors breathing down each other’s necks. Brilliant moves of leaping, spinning, stopping, bending, jumping, sprinting and running were enough to whet the appetite of match viewers. The winners displayed accuracy, finesse and coordinated control of eyes & hands. The spirit of true sportsmanship reverberated in the campus of RKK. The Championship was officially declared “Open” on 28th July 2018 & “Closed” on 31st July 2018 by the host school Principal, Mrs Neera Singh.

This has not just been a Championship for Squash. This Championship has championed the hearts, collecting a plethora of memories for life’s album, creating this epoch making event nothing less than a celebration. 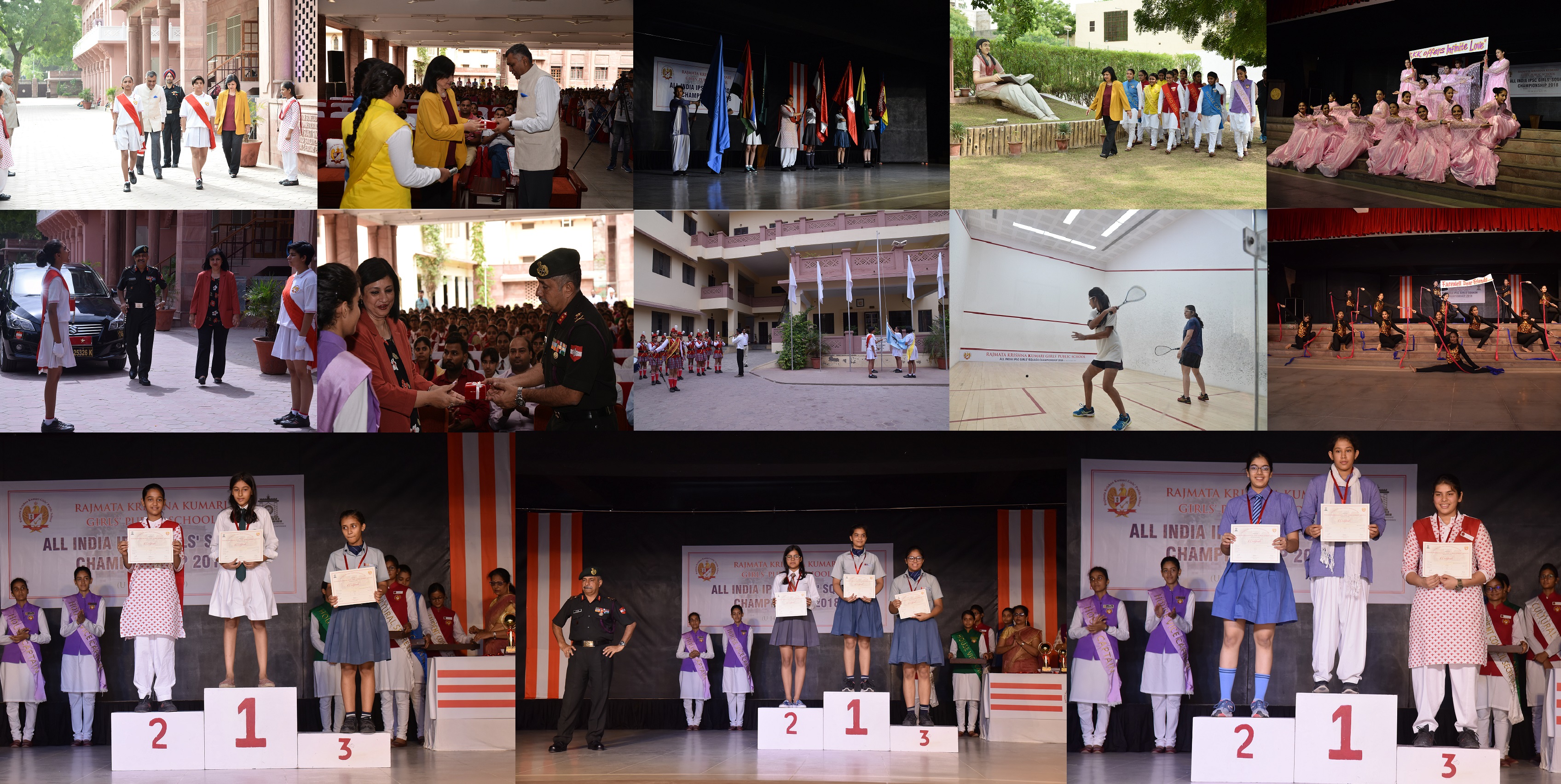