Back
Project Shakti and Project Prayaas are  Service ventures  of Yuvrani Gayatri Rajye Sahiba in collaboration with Rajmata Krishna Kumari Girls' Public School, Jodhpur under the aegis of His Highness Maharaja Hanwant Singhji Charitable Trust. It works to empower and uplift the women belonging to the rural and marginalized section of Marwar. In a bid to spread awareness about the benefits of safety, adopting hygienic practices and encouraging their usage by women folk in suburbs of Jodhpur, there is free distribution of Sanitary Napkins from time to time. On  23rd December, 500 Sanitary Napkins and 200 Masks were distributed  to the female educators of Government Schools of Borawas, Boranada and Mahamandir. To further add, on 27th December, 600 Masks and  700 Sanitary Napkins were distributed to women working in Narega at  Surpura village by Mrs Indra Shaktawat, Dean Activities of RKK and Mrs Rajshree Chowdhary, former President of Rotary Club  Padmini Jodhpur. Mrs Neera Singh, Principal of Rajmata Krishna Kumari Girls’ Public School said that this effort would lead to a renewed focus on an aspect of public health that has long been neglected and stigmatised. 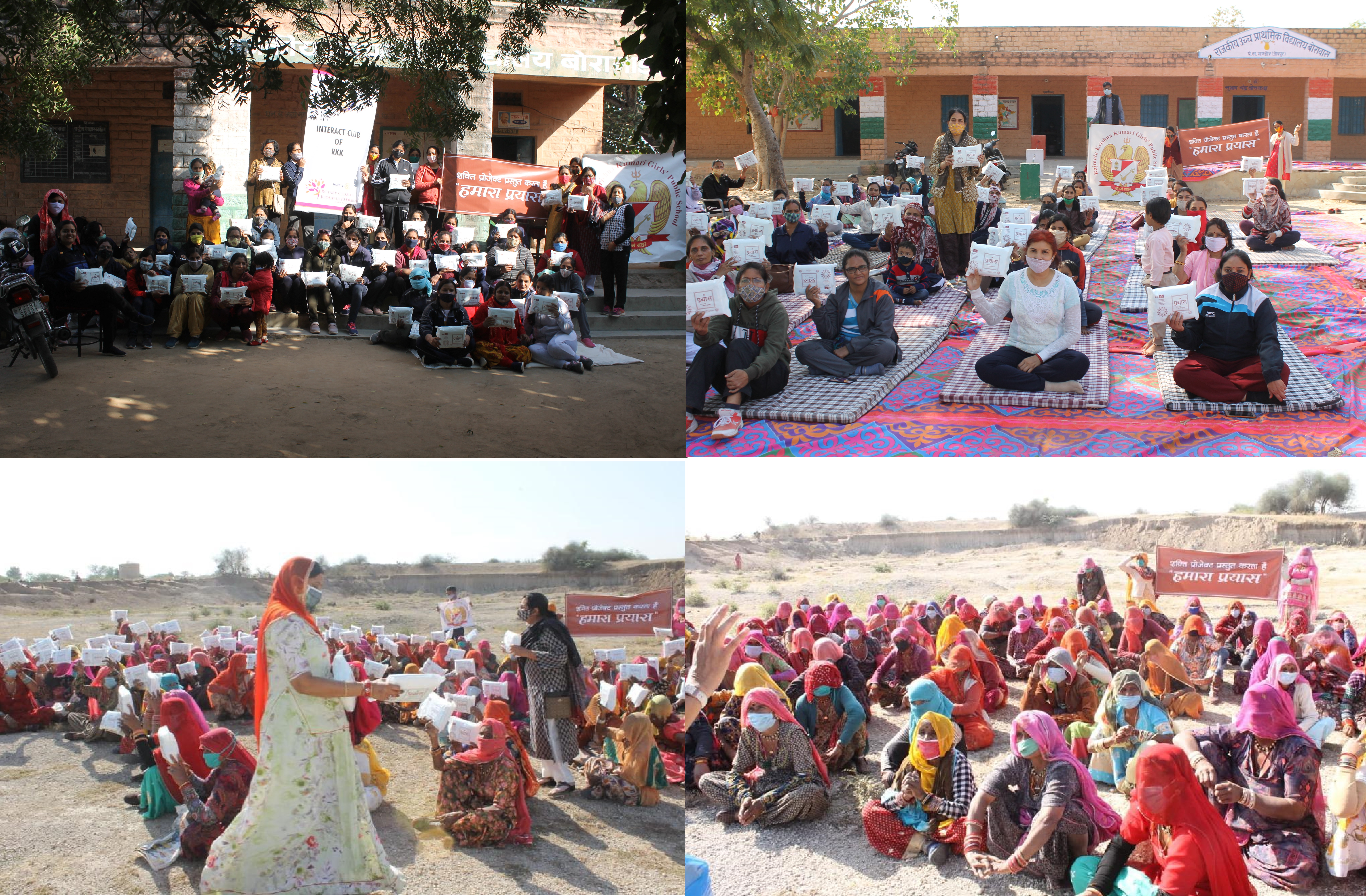