Back
Menstrual hygiene practices in India is a culture of silence owning to the long standing taboos and superstitious attached to this stigma, which has contributed to a dearth of awareness amongst females in both rural and urban areas. Raising awareness among women is an important step to address the stigma attached to periods. For this aim, RKK decided to collaborate and join hands with Yuvrani Sahiba’s Project Shakti and took an initiative of collaboration with this project and venture “Prayaas” - an effort, inspired by Service endeavours of Round Square that aims at Women Empowerment. After long discussions with Yuvrani Sahiba and motivated by the change maker, visionary like Mrs Nishi Mishra, Principal, Scindia Kanya Vidayala, Gwalior whose project ‘Sankalp’ is in progress from last so many years, SKV’s principal was invited to RKK who gave a complete demonstration of their project. Captain Virdhi, Administrative Officer, Trust and Mrs Indra Shaktawat, Dean, Activities of Rajmata School were sent to SKV, Gwalior to get a first-hand knowledge of operating these machines and know how about the way this program needs to be implemented. The modus operandi of this project has been that a small manufacturing unit for sanitary Napkins has been set up at His Highness Maharaja Hanwant Singhji Charitable Trust, 10, Hanwant Vihar, Rai-Ka-Bagh, Jodhpur. The machines have been procured from a renowned dealer at Coimbatore. Extensive training of operating the machines has been given to 13 RKKians and women workforce.

There will be free distribution of 30,000 Sanitary Napkins after being prepared, in nearby villages and then they will be sold at subsidized prices to encourage its usage. Along with this, to create awareness among villagers, a team of 13 RKKians will present and perform a street play appealing and encouraging the women to forego superstitions and adopt a cleaner, healthier way related to their menstrual cycle.

It is RKK’s service endeavour to uplift down trodden women, educate them, inspire them to work, empower them to produce Sanitary Napkins and pay them for their production. Finally, on 3rd April 2019, this project was inaugurated at His Highness Maharaja Hanwant Singhji Charitable Trust, 10, Hanwant Vihar, Rai-Ka-Bagh Jodhpur, followed by Ribbon cutting, which signified a fresh start of this magnificent service “Project Shakti” – ‘Our Prayaas’. A demonstration of how this manufacturing of Sanitary Napkin Pads will take place motivated the audience to be an active part of this project.

This venture would not have been a success without Yuvrani Sahiba. RKK family is grateful for her appreciation, motivation and support throughout the process. 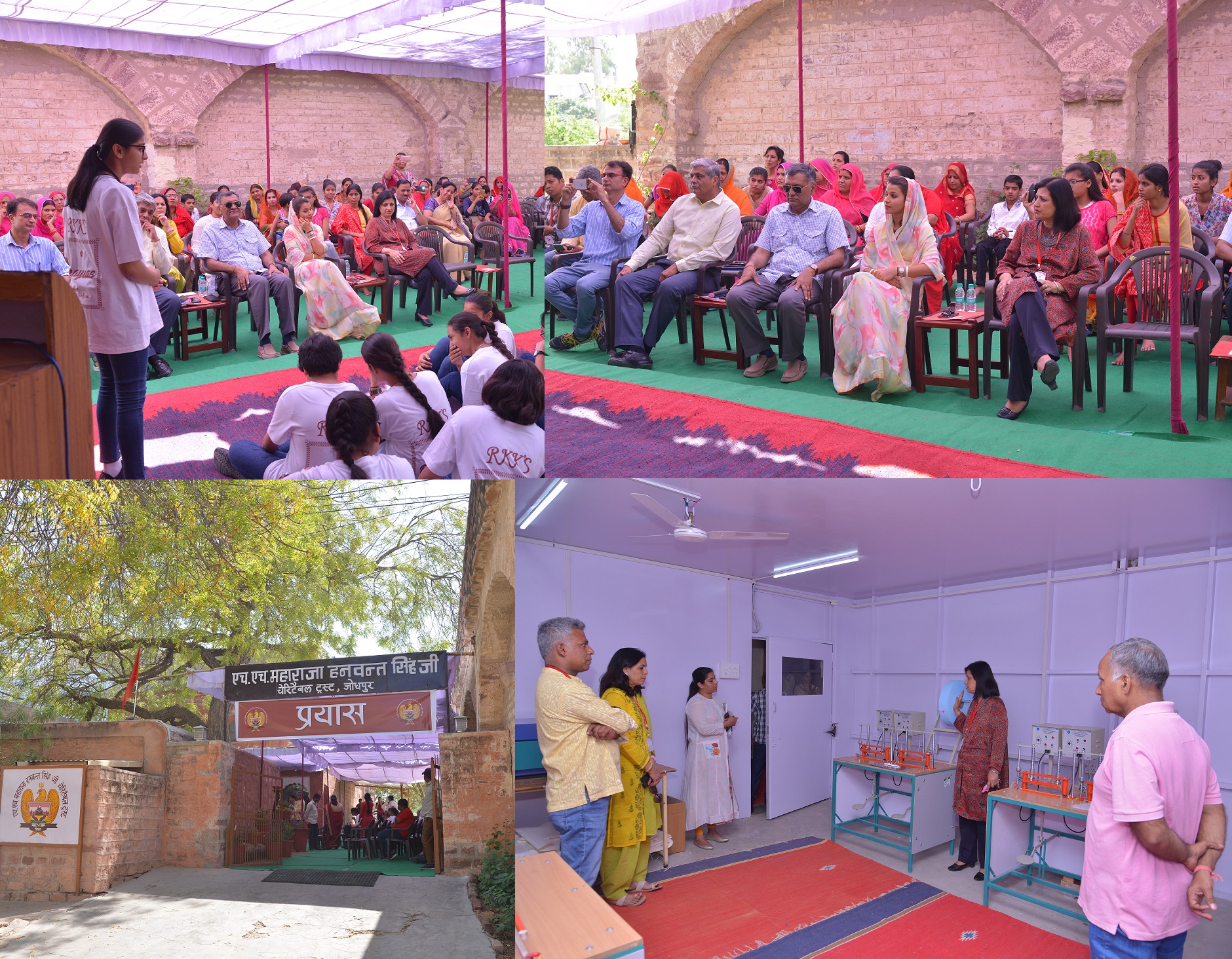